Avalanches: A natural avalanche was reported on Whetstone Mountains. It released in a deeply drifted east aspect and ran during the morning of 12/17.
A couple large natural avalanche were confirmed to have run in the Anthracites around Monday 12/16. These are estimated to have released on SH in the middle of the snowpack.
A few other pictures are attached from avalanches that released around the 12/14 cycle. Weather: Clear sky and warmer temps up out of the inversions. Winds at upper elevations were still drifting some snow at times, otherwise calm at lower elevations.

Snowpack: Traveling around the Kebler Pass area yesterday. The snow surfaces in the alpine have really been worked over by winds in the last few days. lots of drifting and wind textured snow surfaces. Traveled on a number of below treeline slopes facing east to south with no signs to instability, and a few protected northerly slopes with the same result. HS averaged in the 70 to 90cm range. 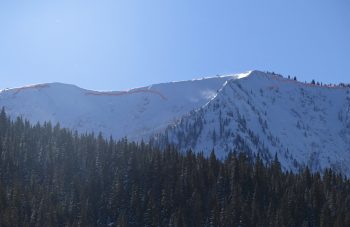 4th Bowl on Mt Axtell, N-NE. This very large avalanche was estemated to have run on 12/13, while the lookers right side of the bowl ran around 12/10. 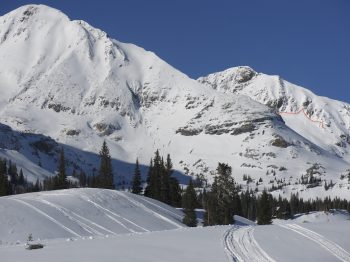 A large slab that released on the southerly flanks of Purple Peak. Estimated to have ran around 12/13. 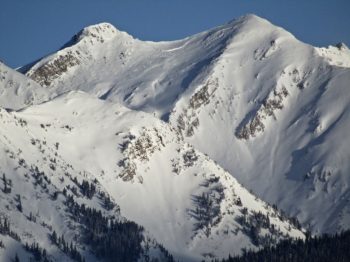 A very large avalanche off “camel Back” or pt. 12,043′ above Coper Creek. This avalanche wraps from southwest to due south. It Appears to have run later in the storm around 12/15/19. Ben Pritchett 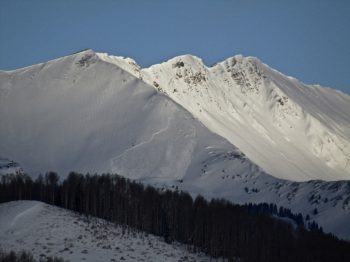 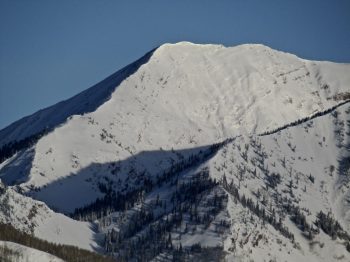 A very broad avalanche off Avery Peak into Virginia Basin. It appears this ran early in the storm, likely around 12/14. Ben Pritchett. 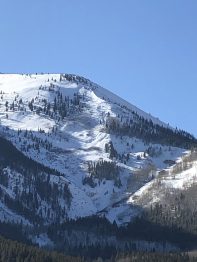 A natural avalanche on a deeply drifted east aspect of Whetstone Mountain, that ran on the morning of 12/17. Ben Pritchett. 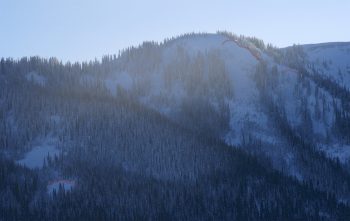 North side of the Anthracites. Large Avalanches in Big Chute and Ziggins were first observed on 12/16. These were estimated to have run on mid-pack Surface Hoar. The same weak layer as the skier triggered pocket down and left on 12/16.