The Crested Butte Avalanche Center is preparing for the upcoming winter!  Our team will update a brief conditions summary during late October and early November as conditions change.  We plan to issue daily avalanche advisories and mountain weather forecasts beginning in mid-November.

Late September and early October brought several storms, the brunt of which ran north of the Elk Mountains.  For now, there’s shallow snow cover on high elevation shady slopes near and above treeline in the Elk and West Elk Mountains.  This lingering snow is melting, developing crusts and faceting.  In some cases all these processes are happening on the same slope.  The sunny aspects from east to south to west are mostly snow free.  The photos below provide examples of what lurks on our mountain’s north faces.

When the next storm arrives, we may loose track of where these old snow layers remain.  A great approach to avoid specific terrain later is to photograph your favorite stashes now while you’re out hiking, biking and hunting.

Enjoy the Indian Summer while it lasts, ski season will be here soon enough! 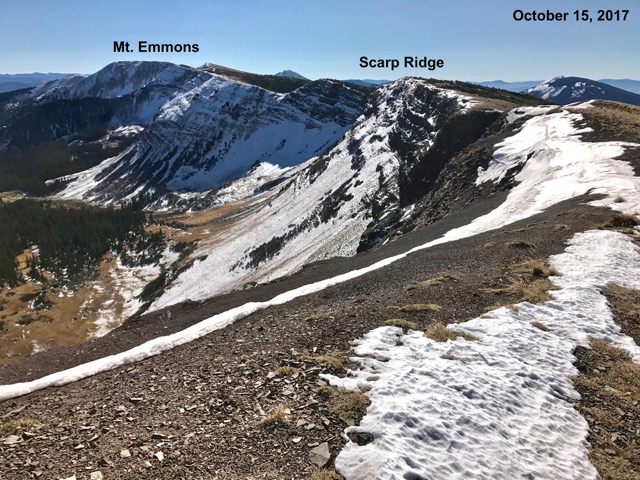 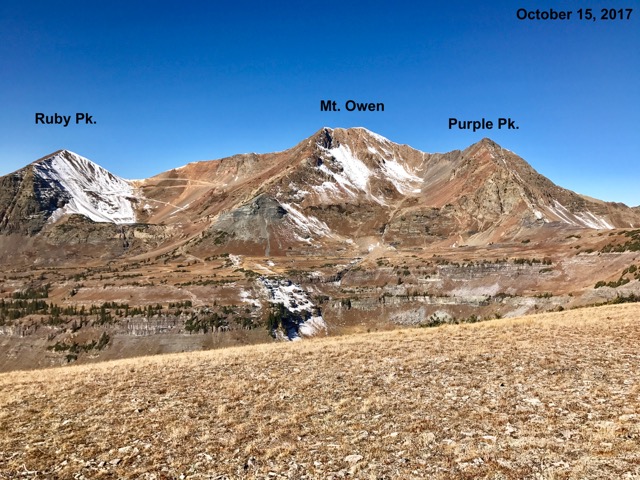