Avalanches: A bunch :-) Did not observe any below treeline avalanches but I largely could see near and above treeline terrain across the Southeast Mountains. Most avalanche activity was on drifted northeast through east through southeast slopes. A few looked to be close to D3 in size, most were D2, but I often only saw the crown not the extent of debris. Overall there was less avalanche activity in the Southeast Mountains than the Northwest Mountains and the size was often a bit smaller none the less there were many dangerous avalanches observed from the past few days.
Weather: Mostly clear to partly cloudy skies with strong winds near treeline. Some snow transport was observed but many above treeline slopes look to be hammered by the wind with fetches running low on transportable snow.
Snowpack: Spent just a second looking at the snowpack but at 9,700′ near Deadman TH, I found HS of 85cm with 25cm sitting above mid-January weak layer. Further up Cement Creek near Reno Divide HS climbed to about 100cm with 35cm soft slab resting above January weak layer. Did not observe any below treeline avalanche but I would suspect with another round of snowfall, steep below treeline slopes will start to become dangerous in this area. 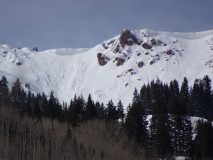 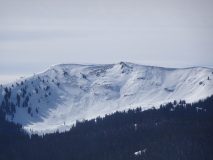 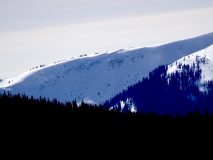 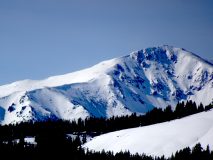 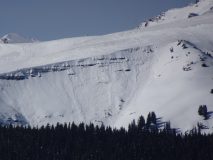 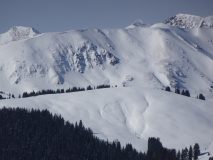 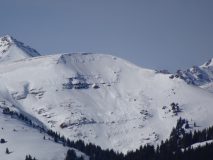 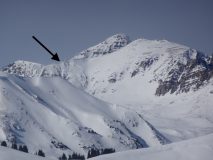