Avalanches: Loose snow avalanche city baby! Brings to mind Zach Guys favorite song, “its going down”, but mostly it had already gone down. East to northeast facing slopes looked to have the most activity. The biggest terrain produced D 1.5’s otherwise just D1 slufffs. Watched a few roller balls on southerly facing slopes before noon. As well as some previous loose snow avalanches as well.

viewed some large crowns on northeasterly terrain from the last cycle.
Weather: Not a lick of wind and clear sky. Overcast clouds hanging out just west of the divide and south of scarps ridge.
Snowpack: Didn’t found a single crust in the snowpack by probe while traveling on SE to SW between the elevations above. Probed to 260cm and never felt the ground either, through the terrain. No signs to instability observed in this terrain.

The outlier was an alpine ENE facing start zone at 12,450ft. Sure looked deep, but HS was only 140cm. Obviously this slope had previously avalanched but unfortunately the weak layer was still present. A 100cm F to P hard slab was sitting over 1 to 2mm faceted particles at the interface, with 3mm depth hoar at the base. CT11 SC on the depth hoar. CTM SP on decomposing stellars about 40cm down. No results at the new snow, 1-2mm faceted particles interface. Mostly bailed on the objective due to the poor structure.

The concerning structure on the ENE facing slope. 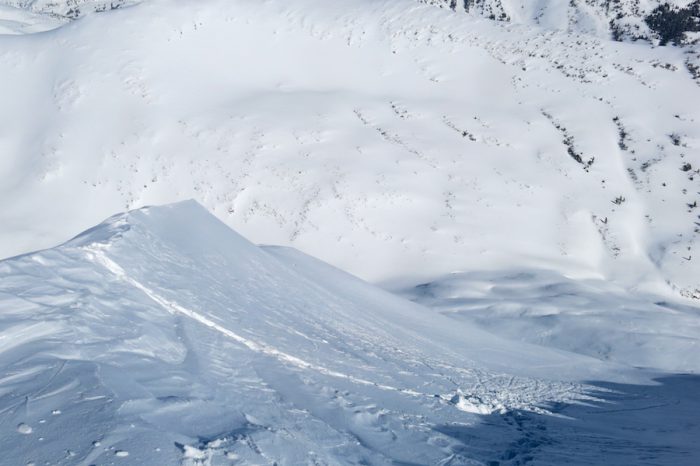 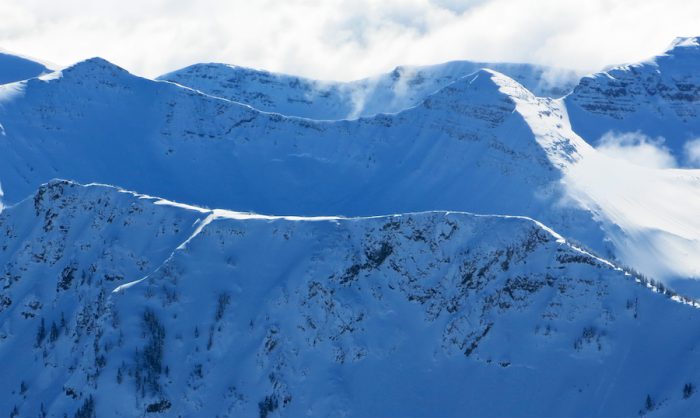