Plenty of old avalanches to be seen from earlier this season at ATL/NTL/BTL elevations. Though, those avalanches are getting covered up and more difficult to detect with more recent snow and wind. Old Persistent Slab avalanches could be seen on west to north to easterly aspects. Southern aspects only had some old, smaller Wind Slab avalanches in the alpine.

Weather:
Snowpack: Traveled Cement Creek Rd to the end of the valley at 12,000. Not enough snow to want to get off the road via snowmobile and by the looks of things the skiing options were slim too. No signs of recreational travel this season in the upper Cement Creek area. In the lower Cement Creek drainage there wasn’t really enough snow for skiing in avalanche terrain. Moderate avalanche danger would hold for the area given heightened avalanche danger on specific terrain. That specific terrain would be wind-loaded areas. On the lee sides of ridgelines and in cross loaded terrain or gully features. Given what we know about the weather history and observations in other parts of the CBAC forecast area, these wind loaded terrain features would be suspect for the Persistent Slab avalanche problem as is currently highlighted on the avalanche bulletin. 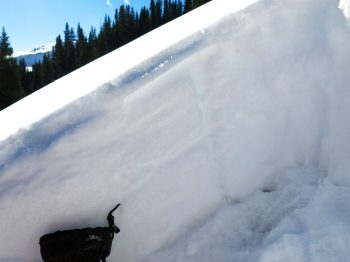 ESE 11,400ft. A rotting snowpack capped by a collapsible crust. 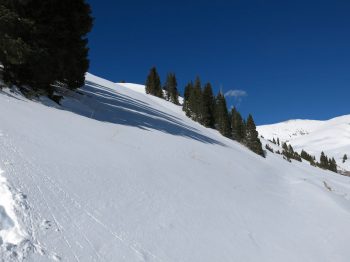 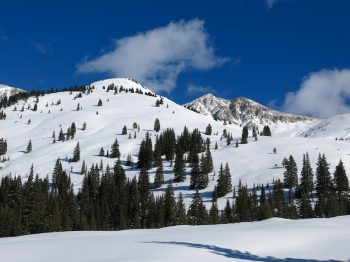 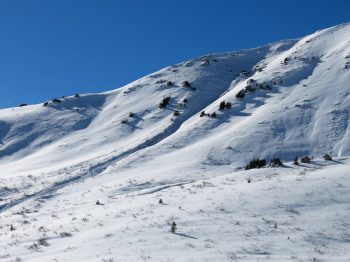 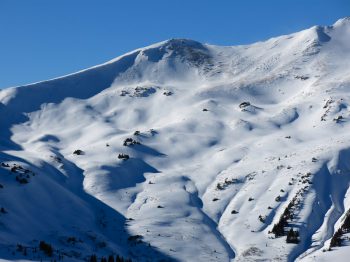 Just up from star pass. Old slab avalanche on an easterly aspect. 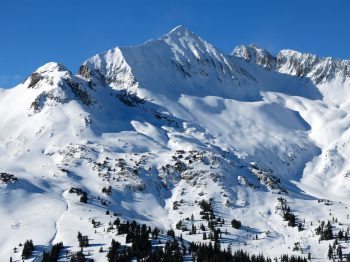 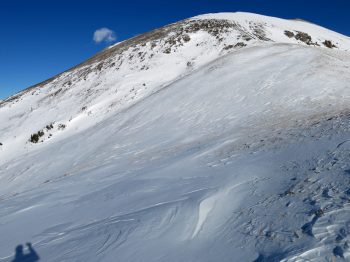 Exposed terrain near the top of Cement Creek. Northerly aspect in this photo