Avalanches: The 2/7 natural avalanche cycle produced a good number of avalanches in Cement Creek. Most of the avalanches we saw were at below treeline elevations on both easterly and westerly terrain. Most of those were in the small category given the size of the terrain and depth of slab, while a few were reaching D2 in size. The largest avalanches that were observed were on easterly near treeline slopes.

Weather: Clear or few clouds baby. Lovely day out there and we definitely stayed on the dry side of the line. The sun was warming the snow surface on southerly facing slopes and a new crust will form on those lower elevation southerlies. Calm winds.

Snowpack: Traveled on a variety of aspects but primarily east and west. We were targeting some near treeline slopes but in the end got held up below treeline. Both aspects had ~30 to 40cm soft slabs over a weak and unsportive old snowpack. This snowpack structure, plus the old natural avalanches led to little confidence in the snowpack. However, we found basically no results snowmobiling through test slopes. A few shooting cracks were observed but they only extended 10 to 15 feet at best. No collapses were noticed and we certainly were effecting the weak layer. While we didn’t find notable results, I still wouldn’t put much trust in that snowpack on upper 30-degree terrain and especially at higher elevations with previous wind-loading. 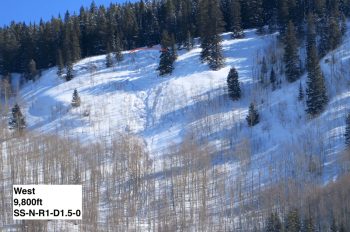 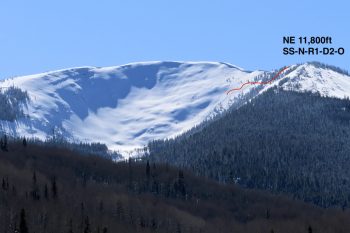 NE portion of the North Bowl on Cement Mountain 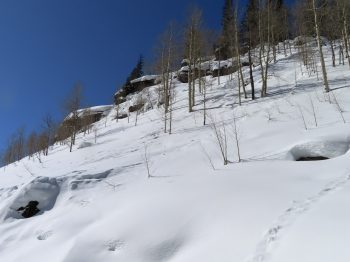 Many small slabs like this released just above the Cement Creek Rd. Difficult to estimate if these slabs release at or just below the 2/4 interface 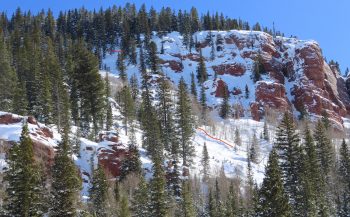 West 10,400ft. A slab that released around the 2/7 cycle but the poor view was difficult to estimate more info. 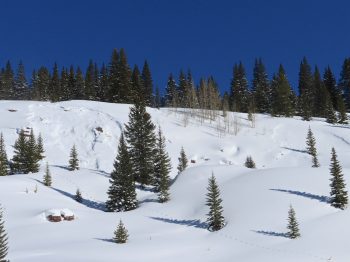 A pair of small slab avalanches that released on a west facing slope at 10,500ft. One released more recently than the 1/7 cycle. 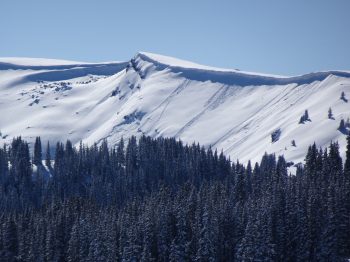