Avalanches: Good views of the leeward aspects of the Northwest Mountains. Plenty of evidence of storm slab instabilities that ran throughout the storm, D1 to D2. A few slides looked like they broke into deeper layers, up to D2.5. Attached photos highlight the largest or most interesting activity.
We triggered a small storm slab (1 foot thick) on a rollover.
Weather: Clear, cold, calm winds.
Snowpack: Stepping off the beaten track we got frequent rumbling collapses and shooting cracks on basal weak layers. On shady aspects, we also got cracking at the storm snow interface about a foot down. 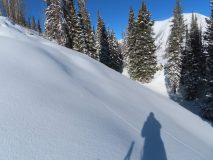 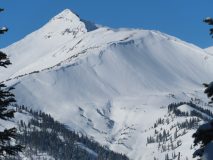 The largest slide we could see was on Purple Ridge. NE ATL D2.5, likely broke as a persistent slab 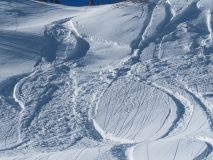 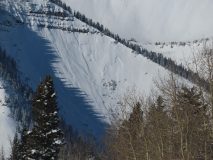 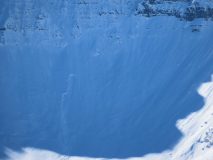 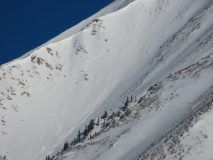 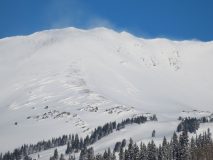