Avalanches: Clear weather and great views. The recent avalanche activity on Ruby and Owen were the only avalanche obs of note.

Weather: Beautiful, clear and calm day. Some blowing snow could be seen off the high peaks in the morning, but otherwise nothing else noted.

Snowpack: About 3″ to 4″ of new snow in the area. Some recent wind effect and a little drifting in the new snow, but no Wind Slab issues were encountered. Deeper persistent slab issues were quiet with no obvious sings to instability. We managed the terrain with the potential consequence of a large slab in mind and reduced the likely-hood of trigging by further evaluating our travel on previously wind-loaded terrain and areas that the snowpack thinned. 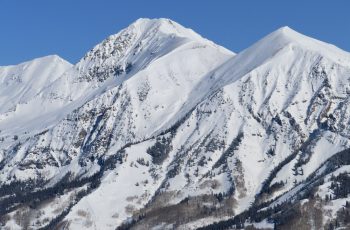 West side of Ruby and Owen 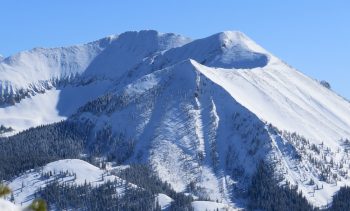 West end of the Anthracite Range 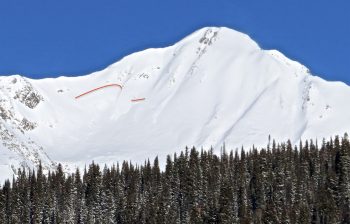 A rough outline of the deeper crown lines on the south side of Mt Owen. This avalanche ran around 1/23 and was previously reported without a picture.