No slabs, just sloughs. The far skier’s right entrance gully had sloughed through, presumably from previous skier traffic. Any undisturbed snow on the steepest portions of the slope was sloughing but not stepping down. Corner pocket had also run, but appeared to be natural and just in the new snow.

Weather: Overcast, mild temps (20s), light winds that were picking up toward the end of our tour ahead of the incoming storm system. Winds on the ridge were coming out of the SW, but down off the ridge winds were swirling, resulting in cross-loaded terrain features and some punchy wind crust in the more open terrain lower down. 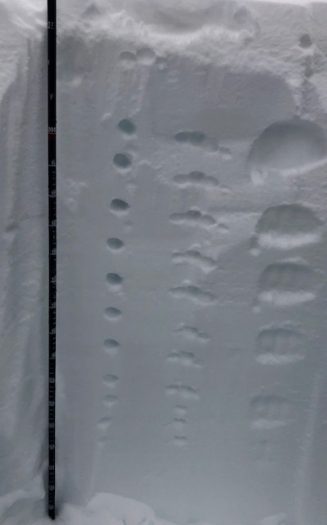