Avalanches: Went up to Coney’s with good visibility mid-day to document more of the activity from the recent cycle. See photos. Spotted one large persistent slab on Scarp Ridge this evening that wasn’t there this morning that went to the ground.
Weather: Moderate to strong winds. Large plumes off of Whetstone and continued drifting, albeit less dramatic, off of the high peaks.
Snowpack: Traveled mostly on the beaten path but stepping away from skin tracks I got a couple of large collapses below treeline, both at Coney’s and at Snodgrass. 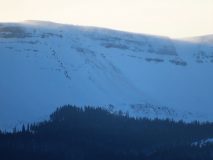 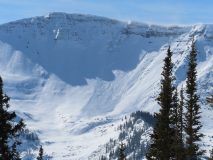 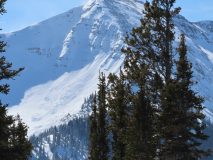 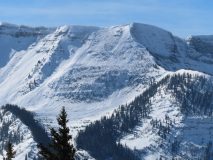 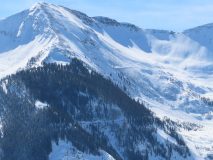 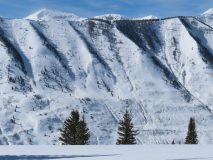 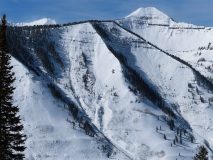 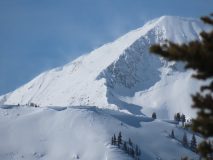 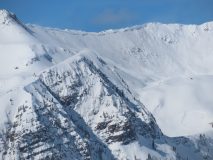 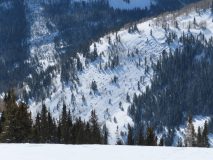 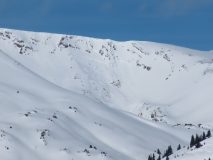 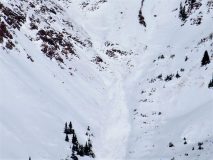 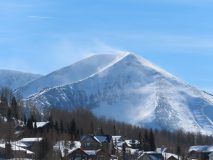 Plumes off of Whetstone this afternoon