Avalanches: Triggered a small but deep slab avalanche on a steep and short roll at the very end of the Ponytail Glades descent just above the Kebler trailhead. Depth of slab appeared to be about 2 feet, and it broke on a very pronounced layer, presumably the surface hoar layer about 70cm deep. This activity reflected our observations while skinning up: early in the morning, the snow in this spot was soft and consistent. At the top of Ponytail, we observed whumphing and shooting cracks as we traversed into westerly-facing wind-affected aspects. Upon reaching the location of the avalanche, our previous skin track had been entirely scoured away, and this was where the trigger occurred.

Weather: Calm, snowy in the morning around 10-11am, with increasing winds from the west around 12-2pm.

Snowpack: Soft, light, consistent 1 ft of dendrite pow in the morning, and heavier with a wind crust in the afternoon. 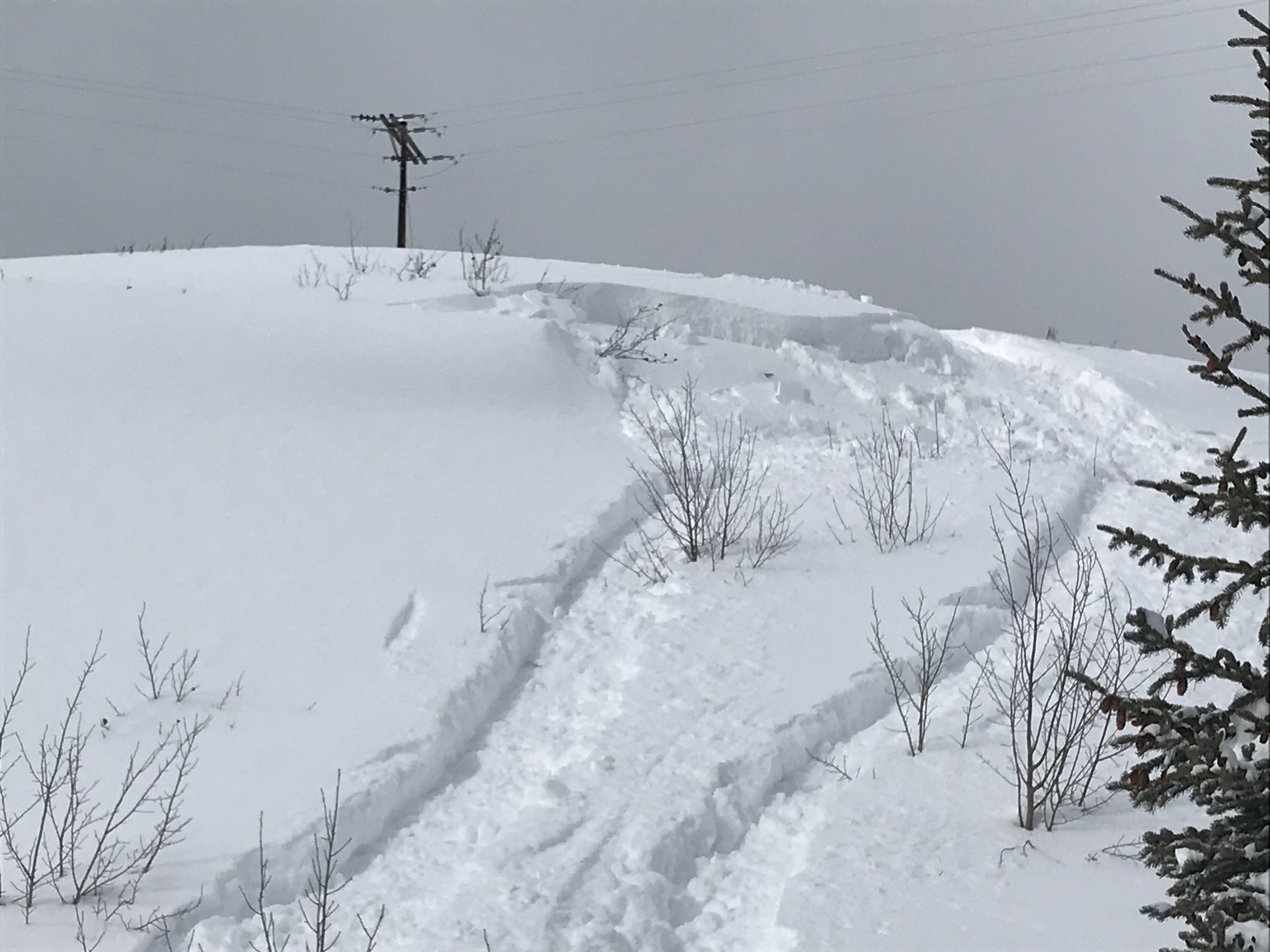