Avalanches: Numerous avalanches around the fx area.  Reasonable viewing in the AM.  Roughly 10 D2.5-D3 slides around the area; dozens of D2.  Avalanches observed on many aspects and elevations but most activity was near and above treeline (drifting) on N-E-S.  See pictures below for sampling.

Weather: Partly Cloudy skies at trailhead to Overcast skies and low clouds near the pass. Temps in the mid to upper 20s, light westerly winds below tree line with moderate winds and blowing snow near and above treeline.

Snowpack: Digging on the sunny side and shady side in the lower Elk Creek area we found 60 cm-75 cm recent storm snow since 2/28. This thick dense snow was moistened and forming a crust on southerly slopes > 20 deg., while staying dry and right side up, with several storm density changes, on a North East aspect. Ski pen ~15-20 cm with boot pen ~55 cm. ECTN results in storm snow density changes, and ECTX at all other deeper interfaces in both profiles. No major cracking or collapsing. Percolation columns were observed under the 2/28 crust on South. 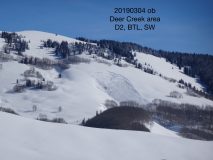 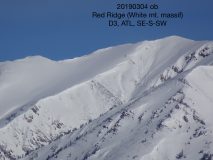 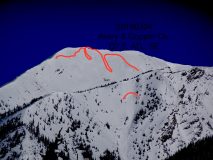 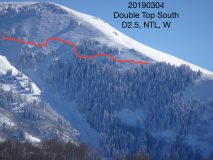 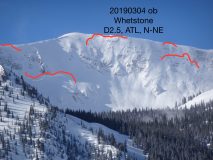 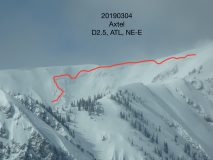 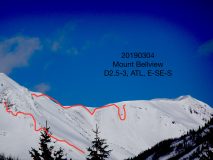 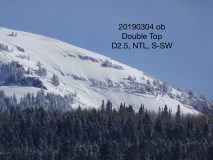 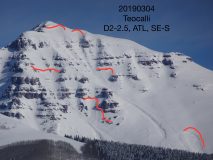 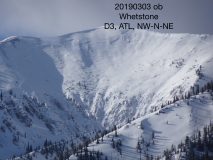 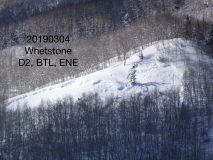