Avalanches: Several human triggered and one natural loose avalanche that gouged into old snow and ran up to 1,200 vertical feet. Debris piles 3-5′ deep. (L-AS/N-R1-D1/1.5-O). Also skier triggered several soft slabs below ridgelines that failed on the Dec 13th NSF, and ran far, gouging into older snow. Most of these were 30-40 feet wide, but one was almost 200 feet wide, and ran about 1,000 vertical. (SS-ASc-R1-D1/1.5-I)

Snowpack: Toured in the Western part of Schuykill Ridge, near Pittsburg. 2″ of storm snow evenly distributed across the terrain, over the Dec 13th near surface facet layer. Not enough for slab formation, except for below ridgelines and a few wind affected features, where winds had drifted the new snow into 3-6″ of a more cohesive slab. Anywhere that a slab had formed, it was very touchy underfoot. 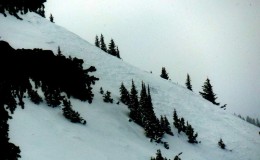 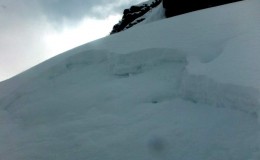 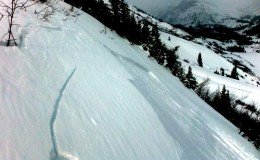 Anywhere there was slab formation, we saw cracking or slab release 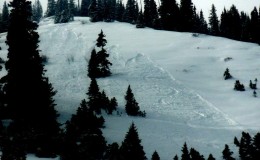 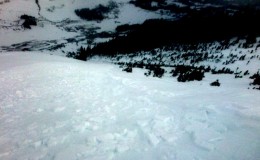 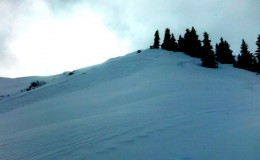