Avalanches: Widespread instabilities with shooting cracks and F hard soft slab avalanches easily initiating, but not getting past the ‘cracking & gliding’ phase on all terrain >35*. Some propagating up to 75M across.
Weather: Overcast to Obscured skies; Steady S1 snowfall with intense bursts of up to S5; Calm morning, with NW / N / NE winds Moderate to Strong at ridge top picking up around 1400. 45cms HST observed, with a window of 15cms in 3.5 hours today.
Snowpack: Failure layer observed was a well preserved layer of stellar dendrites beneath slightly denser storm snow, found 20cms below the surface. Snowpack tests revealed CTMSC and ECTNM failures on the 1/14 buried surface facet layer, but no activity seen stepping down to this layer while traveling through terrain today. Surface slabs were F to F- in hardness, but Mod to Strong winds made an appearance around 1400 and began slabbing up the low density storm snow into a more cohesive slab. 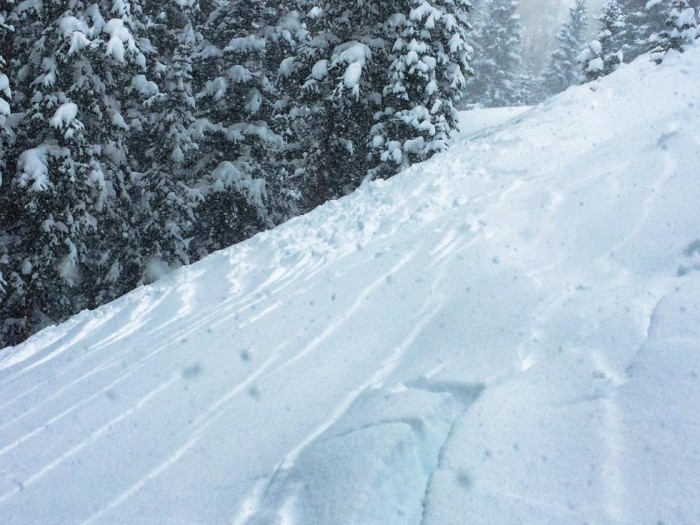 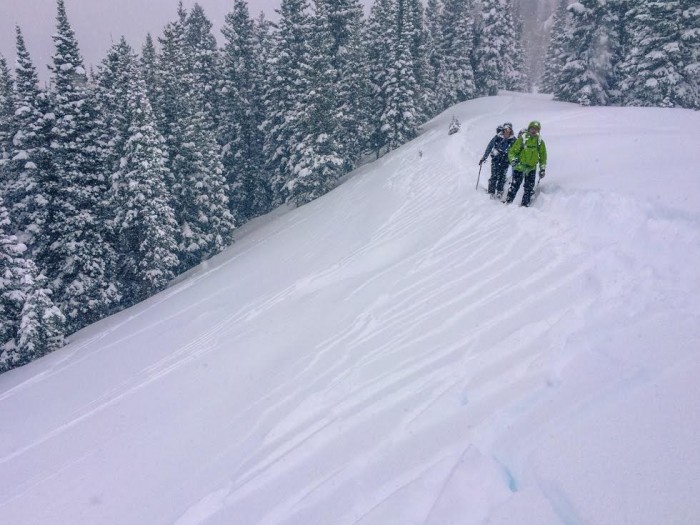 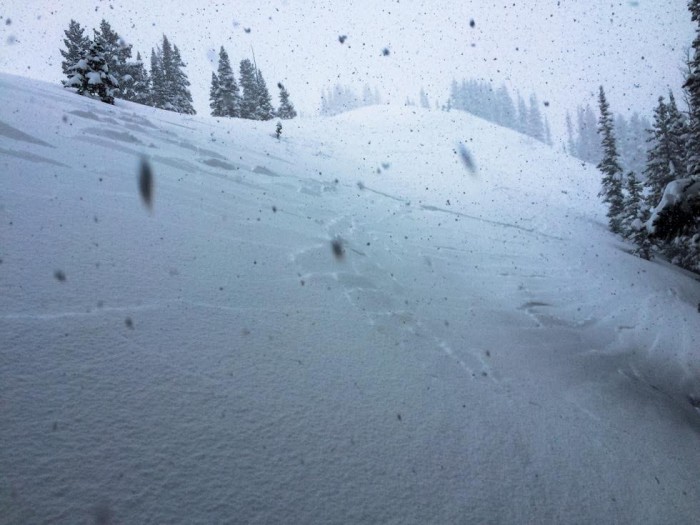 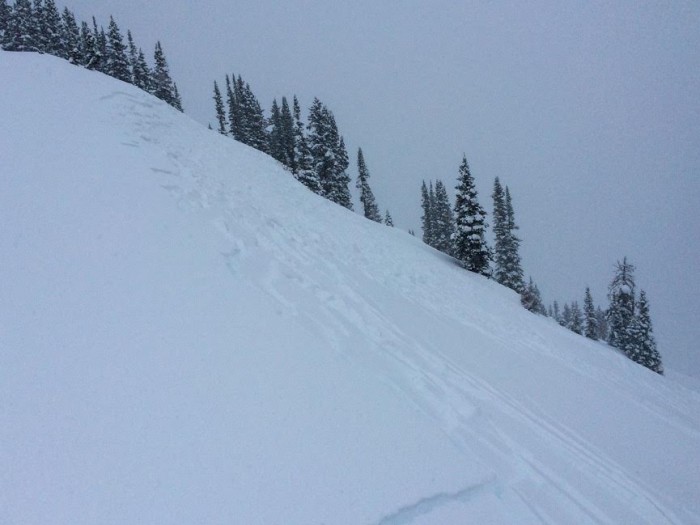 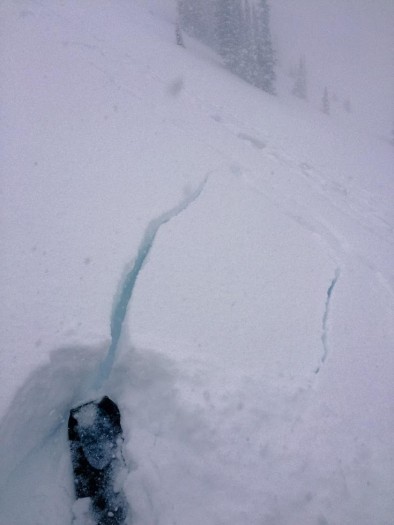