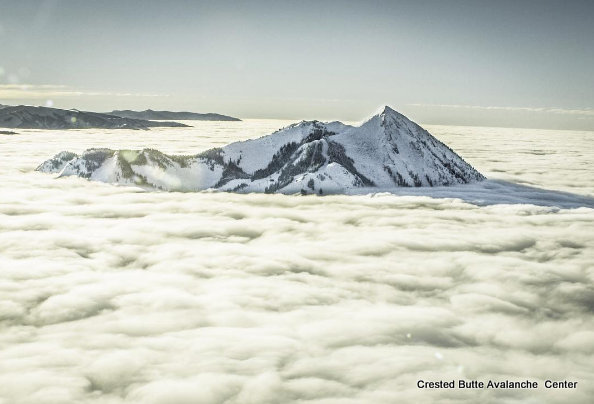 Dear Surface Hoar,
First you bedazzled us with your shimmering feathers, glistening under the cloud layers that brought our unusual surface hoar event back in mid-January.  You are fragile and don’t belong in Colorado’s windy and sunny environment.   We thought to ourselves, “You’re a long shot, surely you won’t survive.”  But somehow you did.  Things started to go downhill on January 19th, when you got buried beneath a storm that came without wind, against the odds.

Then more snow came, and it formed a soft slab above you, and your behavior started getting erratic through the last week of January.  We saw lots of natural avalanches, we saw avalanches breaking in dense aspen groves and on low angle slopes, and we saw slides remotely triggered from flat terrain.

Video demonstrating the touchy and unusual avalanche behavior in late January.
It has been 2 weeks since the last storm, and we have heard about slides triggered on you almost every single day, either in our zone or our neighboring Aspen zone. There were a number of close calls and partial burials on the Aspen side.
Things have started to quiet down this past week, and travelers are starting to let their guard down.  But with more snow on the way this week, we can’t trust you and your unruly and dangerous behavior.  It will become more sporadic and less predictable.
Video explaining our current snowpack structure on northerly/easterly aspects
I can’t recall the last time we had someone like you as widespread and troublesome in our snowpack.  Granted, a lot of things have changed in the past few weeks for the better, and we are thankful for that.  A lot of slopes have flushed.  Winds have blasted you and their overlying slabs away in places.  The sun has capped the snowpack with a stout crust on other slopes.  So now you are lurking on fewer slopes, but now the slabs above you will be growing thicker and more dangerous, and you will become more volatile again as more snow and wind prod at you.  We will see skiers and snowmobilers recreate on a lot of slopes with no apparent sign of problems from you, and our focus will be on freshly formed but manageable storm instabilities. But then somewhere you will react harshly as you buckle under increasing pressure, or someone pokes your small feathers on the wrong slope, and it will be bad news for everyone involved.  We know where you are most likely to be bothered, and that happens to be our favorite riding areas, northerly and easterly aspects near and below treeline. But we can’t know for sure where or when you will strike next.  That scares us.
At the CBAC, we ask that you resign from causing problems in our snowpack, and move back to Canada, where you belong.
Sincerely,
Zach Guy
Director of CBAC