Avalanches: Touchy storm slabs. Some incredibly small roller balls/sluffs would fracture slopes within the storm snow. Some of these fractures would propagate through the terrain and pop shallow storm slabs on steeper slopes. Most triggered storm slabs where D1.5’s. where the terrain was larger with more relief, these slabs would accumulate more snow and become D2’s.

Several of these crowns where far enough below ridgelines that the problem wasn’t specific to wind loading.

Lots of natural small sluffing in steep terrain. Watched at least one of these step down into a wider storm slab.
Weather: Obscured sky. Warm near freezing temps. S2 snowfall through the day. Winds light to moderate out of the south as the wrapped around the big massif of East Beckwith.
Snowpack: About 30cm of new snow on the old snow interface in the mid afternoon. New snow was graupely and somewhat dense fist to fist+ snow. Storm slabs were failing in the upper 10 to 15cm of new snow with a bit of a density change of F+ over F snow. Old snow surface didn’t appear to be particularly concerning. Not much for NFS at this new/old interface. Start zones in this area had about 260cm of snow and had seen previous avalanching. Measured one area that hadn’t previously avalanched at 370cm. Also on this deeper slope, no CT result below the old snow interface in a 130cm deep pit. While setting up a DT test, found the 1/19 SH down 100cm, sandwiched between 1f+ hard snow. 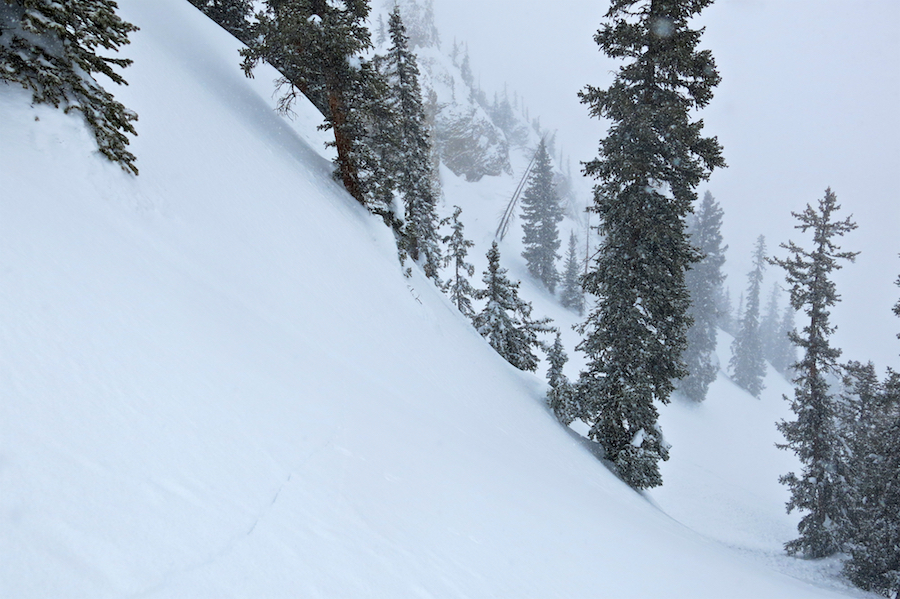 Ski cuts and stomping released shallow storm slabs on slopes over 35 degrees. Some of these storm slabs gouged down to the old snow interface entraining more mass that produced D2 avalanches.